Born in 1908 into a rich Parsi family, Mary Clubwala Jadhav was raised strictly in the traditional way by her mother who taught her the values of caring and sharing. In 1926, she was married to Mr. Nogi Clubwala who encouraged her to involve in social activities. In 1937, Mrs. Mary Clubwala was made as the honorary secretary of the Guild of Service. In 1942, with World War II raging Mrs. Clubwala founded the Indian Hospitality Committee and persuaded women from all communities and walks of life to join in the effort to organise mobile canteens, hospital visits, diversional therapy and entertainment programmes for the army men.The victorious 14th Army presented her a Japanese sword in appreciation of her tremendous efforts. Mrs. Mary Clubwala was called “the Darling of the Army” by General Cariappa! After the War, her focus was once again on the Guild of Service which put down roots for various projects like health centres, bakery units, an adoption centre, family assistance schemes, Meals on Wheels, rural development projects, a school for the deaf, to name just a few.

Mrs. Clubwala’s concern for destitute children was responsible for starting the Seva Samajam Boys’ Home and the Seva Samajam Girls’ Home in Adyar in 1950. In 1954, she helped get started, through the joint efforts of the Guild and the Madras Rotary Club, the Bala Vihar in Kilpauk, a school for mentally challenged children. Perhaps Mrs. Clubwala’s most significant contribution was establishing the Madras School of Social Work in 1952 as the fourth social work institution in India and the first institution in South India. She had been honoured by the International Council of Social Welfare with the “Outstanding Service Award” at Hague in 1972. She has also been awarded the “Padma Shri” by Government of India. On 6 th February 1975, she breathed her last in Bombay after a surgery to fight cancer. Condoling her death, Mrs. Indira Gandhi mentioned that India lost an eminent social worker.

To be a global leader in education, research and intervention in social work and allied disciplines towards transforming the human potential into socially sensitive change agents for sustainable development.

MSSW will create outstanding professionals, who will provide transformational leadership in the community and workplace, through:

Special Issue of the MSSW Journal

Profile of the College

Profile of the College

Update Required To play the media you will need to either update your browser to a recent version or update your Flash plugin.
Download MSSW College Song

Update Required To play the media you will need to either update your browser to a recent version or update your Flash plugin.
Download MSSW College Song Karaoke

The College has a well-stocked library with around 17,000 books and several journals and periodicals. The Library is fully computerized and renders bar-coded services. Implementing the Selective Dissemination of Information system, the library offers excellent support for students to prepare their assignments and project reports. The Library also offers photocopying facility.

The College has a full-fledged computer center with multimedia computers, internet, and printer facilities. Subject to the rules for each course, students can make use of the centre for e-mail, internet browsing, word processing, creating presentations and data analysis. Students are also given basic orientation in use of Computers and Internet.The campus is fully wi-fi enabled.

The College is fully equipped with audio-visual equipment to provide multimedia learning experience. Most classrooms are equipped with LCD Projectors and Audio systems. A video conferencing facility is also available.

Limited hostel facilities are available separately for men and women students. Preference will be given to students from outside Tamil Nadu. After securing admission in College, the student has to apply for Hostel separately in Application form available with the Hostel Warden. Admission in a course in college does not guarantee hostel admission. A student seeking hostel accommodation has to provide a joint undertaking along with the parent/guardian concerned, to respect the terms and conditions governing his/her conduct in the premises of the hostel as an inmate.

A mess is available attached with the College Hostel. All inmates of the hostel shall be the members of the hostel mess. Only Vegetarian food is served. Day scholars can also have lunch in the mess. Apart from this a canteen is also available for the benefit of all students. 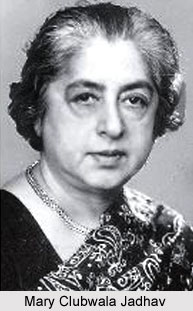 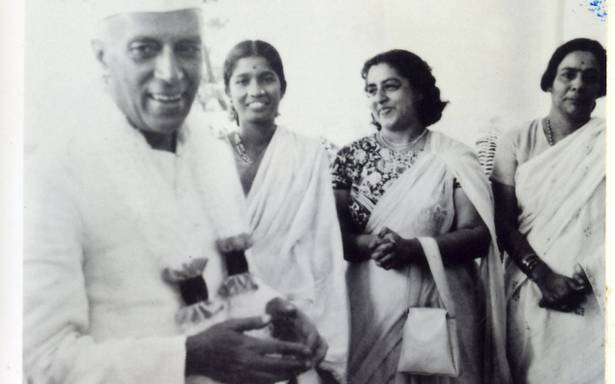 The Award is known as Mary Clubwala Jadhav Award for Humanitarian Service (MCJ Award). It comprises of a Cash Award of Rs 1,00,000/-, a Citation and a Certificate.

Any person can nominate an Individual or an Organization for the award. Self nominations are also welcome. The application form for MCJ Award is available on www.mssw.in. Nomination along with supporting documents must be sent on or before 20th February 2021 in the prescribed format as a hard copy to THE PRINCIPAL, MADRAS SCHOOL OF SOCIAL WORK, 32, CASA MAJOR ROAD, EGMORE, CHENNAI – 600008.

Selection Committee: A three member Committee headed by President – SSER will scrutinize all the nominations and make the final selection of the MCJ Award. The Selection Committee will be vested with powers to select suo-moto any candidate for being considered for the award.

PRESENTATION OF THE AWARD

Presentation of the award shall be made at a special online ceremony on 13thMarch 2021 (Saturday) during the annual MCJ Memorial Lecture. The award cheque and the citation may be collected any day from MSSW Campus after the ceremony.

Any correspondence with participants will be done through an email provided by the participant at time of filling the application form. For any queries, please send mail to the Dean, Dr. R Subashini at: rsubashini@mssw.in or call 9884045585.

All the regulations notified by UGC are followed in letter and spirit.

Reach Us
Copyright © 2022. All Rights Reserved. Designed by iStudio Technologies